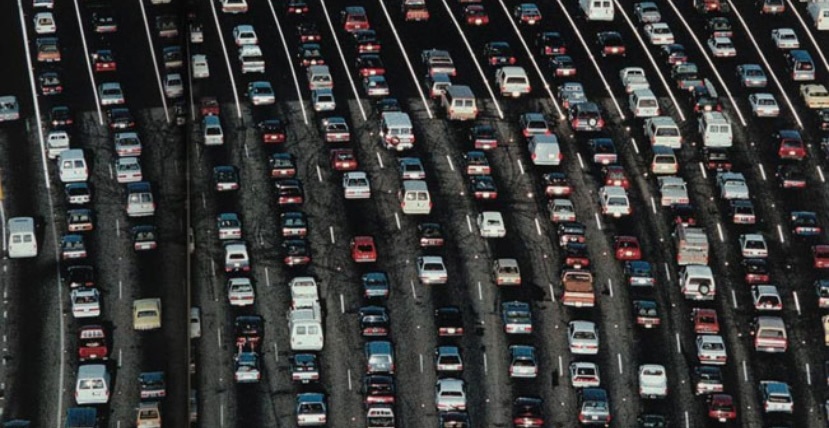 Another Two-wheel Tip from the Curmudgeon The Two-Second Rule

One of the cool things about riding bikes is that while you are in the saddle there is the likelihood you will think of yourself as part of nature. Out there away from it all is a good feeling and it is why a majority of riders become so impassioned about their experience of two-wheel travel.

But the reality is that not all of our riding is done in the open country. Indeed, much of it is done within the boundaries of towns or big cities. There's not a lot of nature in a congested metropolis, Interstate or freeway.

When riding in an urban environment we face a never-ending stream of cars and big rigs on the freeways. I try not to use the word "safe" when pontificating about urban bike adventures. But one of the better ways to increase significantly your chances of survival during the freeway grand prix is a tip gleaned from a pair of California Highway Patrol officers.

It's called the "two-second rule."

The rule is simple: when traveling at freeway speeds (60-75) keep yourself and bike at least two seconds behind the car in front of you. I know, two seconds does not sound like a lot, but using the two-second rule can make a big difference in your ability to avoid a mishap. If you and the car in front are rolling at 60-mph you both will cover 176 feet, or nearly 60 yards--more than half a football field--in those two seconds. When cruising at highway speeds, two seconds of spacing will give you enough room to out-brake the cage drivers ahead allowing you the opportunity to decide to go left or right or stay in your lane. Having a choice during these situations is usually a good thing.

Obviously you don't want to over do it by doing a two second count continuously. I've found it easiest to visually pick out a light pole or some other marker along the road and then count "1-2" or better yet, think to yourself "One thousand one-1000 two" from the time the car in front passes your marker.

As for me, I've also found it best to do the two-second thing once about every 15 seconds. With just a little practice, the two-second rule is easy and it can be a very effective tool in the ongoing battle of bikes verses cages.

Here"s a handy formula for figuring out how many feet per second you're traveling at a given mile per hour. Oh, one word of advice: do this at home before you head out on your ride.

Next divide the speed in feet per hour by 3,600 seconds per hour (316,800 is 88 feet per second). Using the two-second rule, that would give you 176 feet of distance between you and the vehicle in front of you. (Divide that by three to get a yardage figure and you can see you're about 60 yards back.)