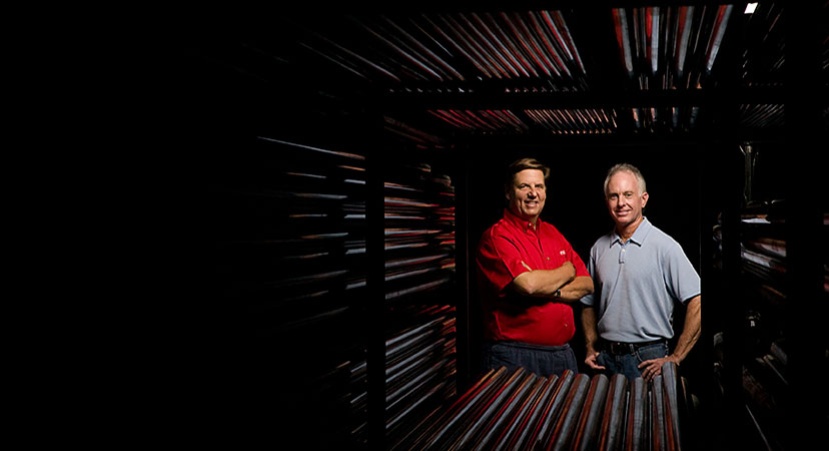 It takes more than raw materials and some equipment to turn steel into high quality exhaust systems and accessories. There is passion, innovation, talent, and an inspired work force that collaborates to make the best products possible for your motorcycle. Here at Cobra, we're dedicated to making the best exhaust systems and accessories for your V-Twin. What matters is that these products are made by us right here in Southern California. No off-shore, made in some far-away country products from us.

When Tim McCool and Ken Boyko teamed up in 1977, neither expected that more than 44 years later, Cobra would still be going strong. With McCool focused on product development and manufacturing, and Boyko directing the marketing and sales efforts, the two formed an intuitive and complimentary team that early on laid the foundation for the company's long-term success.

Starting as a small company manufacturing high performance and replacement ATV exhaust systems, the company quickly established itself as an industry leader. The company began to branch out right away with its innovative line of forestry approved, and wildly successful, Sparky brand spark arrestors. These were followed by the elegant, yet simple-to-install F1, a slip-on type muffler for sportbikes that also enjoyed spectacular early success. Both products set new standards, either by redefining existing product categories or by creating entirely new ones. This pattern of visionary product development would continue to set the company apart from the competition for the next 35 years.

Observing the strengthening motorcycle market and robust economy in the early 1990's, Boyko and McCool discovered yet another void in the motorcycle aftermarket. If you owned a VTwin at the time you could customized it easily because of a thriving aftermarket industry that provided everything from engine hop-up kits to paint jobs, chromed exhausts to exotic seats. If you owned a Japanese cruiser, you were out of luck because none of that existed. Sensing a golden opportunity in 1993 (and responding to the challenge of trail-blazing a whole new category), Cobra built the first two metric customs against the advice of the leading customizers, industry pundits, and even several magazine editors of the day. When the bikes were unveiled at the annual motorcycle dealer show in early 1994, they were met initially with a resounding ho-hum, leading to Boyko to wonder if the so-called experts were right. But when the people at the show began to realize these were Japanese cruisers, not Harleys, the dam broke. Acceptance from the dealers and public was immediate, evidenced by ringing phones, passionate distributors wanting to carry the products, and immediate sales.

"We knew early on that guys who had Japanese cruisers wanted to customize them," said Ken Boyko, Cobra VP. "It's just that they had no where to turn for parts and accessories. When the orders started coming in and we couldn't keep up with demand, I knew we had hit a home run."

Thus began the Cobra tradition of unveiling a one-of-a-kind motorcycle each year at the annual dealer show. Each year since then Cobra has produced its groundbreaking customs, now in collaboration with world renowned Denny Berg. Cobra is also one of the few companies to work with each of the major OEM motorcycle companies. This has led to a rich variety of custom motorcycles but also to offering custom accessories for most metric cruisers and H-D models. The company still uses its custom machines as development test beds for new products. To date there have been 26 full-blown Cobra custom cruisers.

In addition to its customs Cobra embarked on successful and aggressive consumer-driven marketing campaigns. Those early efforts generated consumer excitement, and released long pent-up demand for its products. Cobra stumbled out of the gate as it struggled to keep up with that demand, leading the company to move into increasingly larger production facilities in the attempt to catch up and keep up with the orders for its parts . Ultimately, in 2001, the company built a new factory in Yorba Linda, California. Designed from the ground up as a motorcycle aftermarket-production facility, the 85,000 sq. ft. building has allowed the company to streamline its manufacturing processes and deliver its products to market much more quickly. Cobra's distributors, dealers, and customers delivered the accolades and record sales.

Today, Cobra is the leading aftermarket cruiser product manufacturer, offering a full line of performance parts and accessories. It continues to lead with innovative products and its latest exhausts such as the Speedsters with its PowerPort, and line of high-end mufflers for V-Twin Baggers. These latest exhausts also come with the industry's only limited Lifetime Warranty. As Cobra is going strong into its fourth decade, the company continues a tradition of offering high quality exhausts and accessories, providing a rich pallet from which a rider can create his very own, highly personalized cruiser.