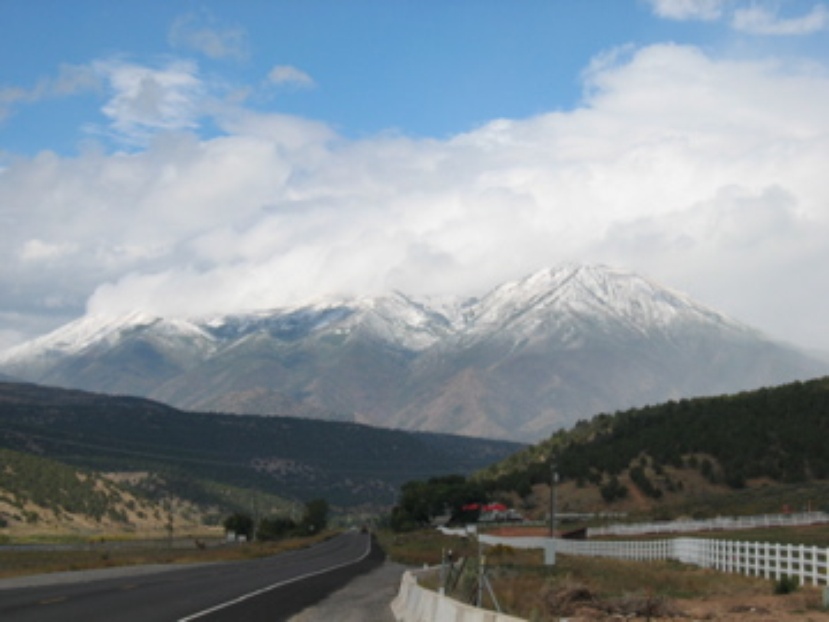 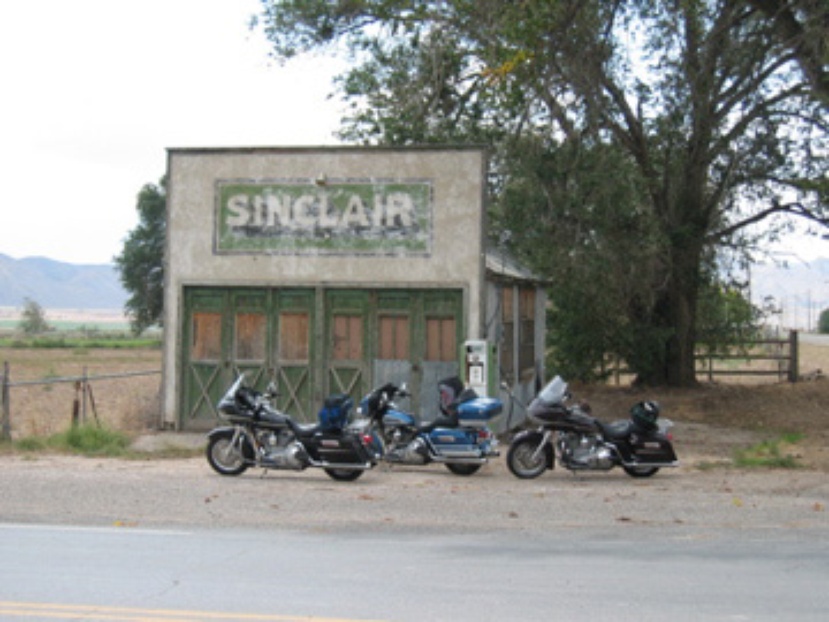 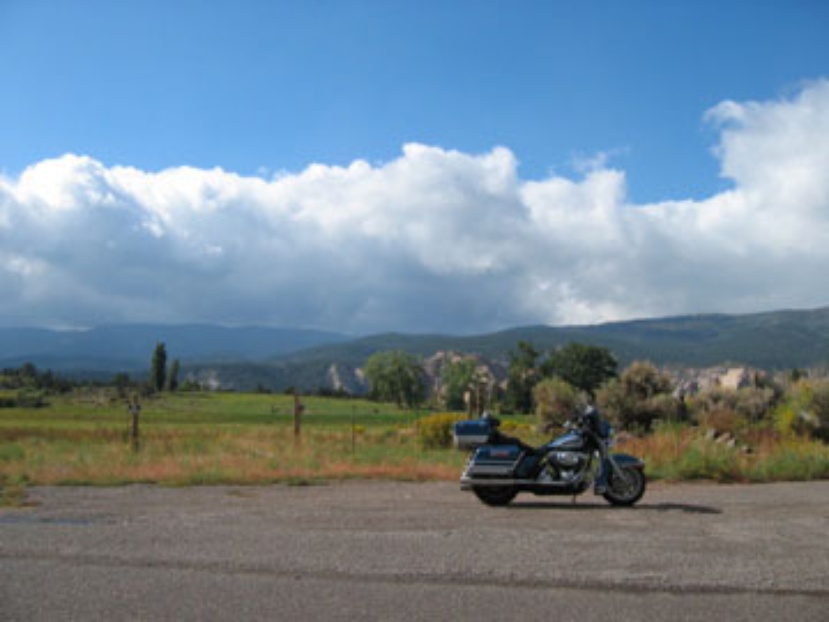 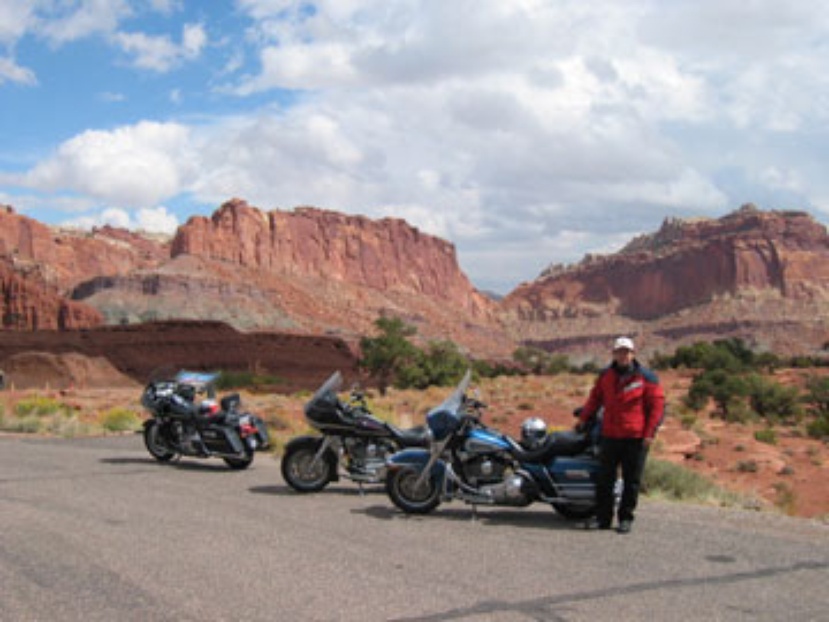 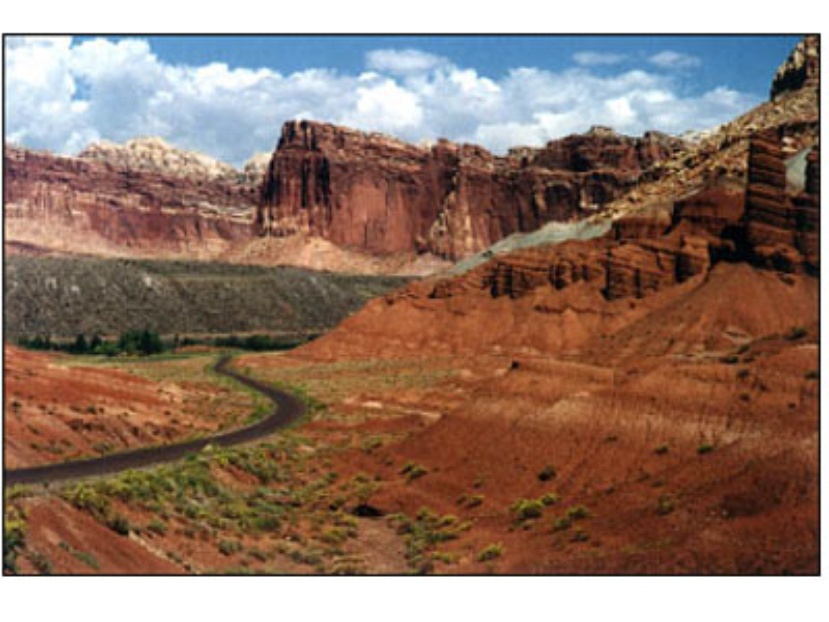 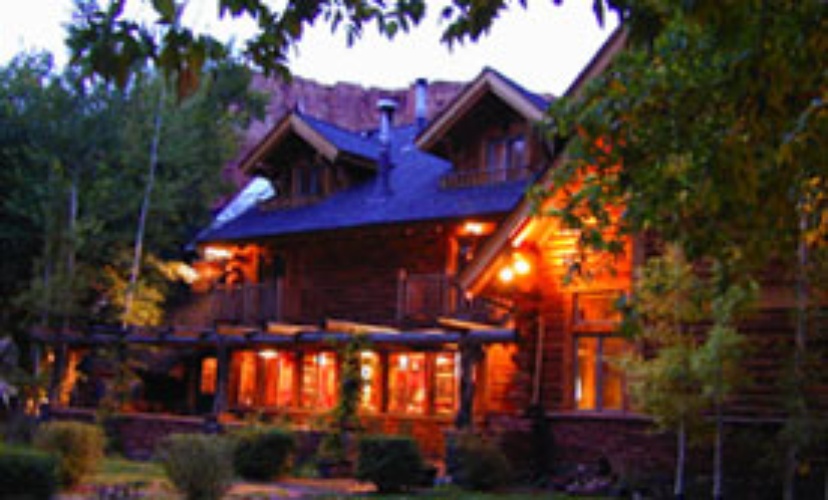 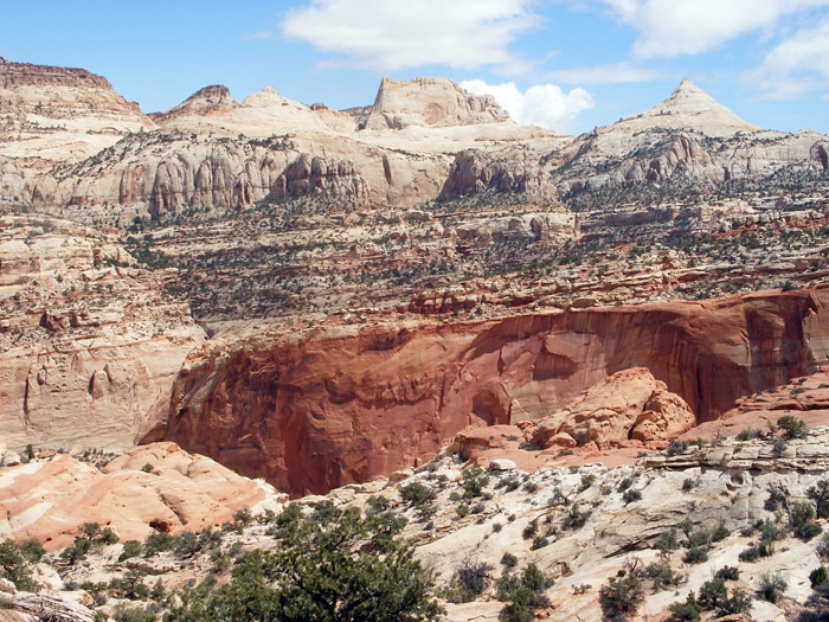 What happens when time is short, and you want to tour Southern Utah? You fly to Salt Lake City and rent VTwin's from the local Eagle Riders shop. By: Camron Bussard

Years ago I was lucky enough to spend quite a bit of time riding dual-purpose bikes along the north rim area of the Grand Canyon. I fell in love with the geography and geology of Southern Utah/Northern Arizona. The vistas, red rocks and massive buttes that identify the landscape are so spectacular that the entire region almost defies description. So when Ken Boyko and I were discussing where to go on a long weekend ride, I suggested we ride in the region that is now called the Grand Escalante Staircase. He liked the idea even more so because he had previously ridden to that area but was prevented by torrential rain then snow and other unpleasant weather from exploring too far.

When we hooked up with friend and professional colleague Jim Hansen, we also decided that rather than ride from Southern California (a five-hour mind-numbing slog through traffic, all the way to and through Las Vegas) we would instead fly to Salt Lake City, rent bikes there and head south through the Utah mountains. A perfect plan.

We picked up three VTwin baggers from the local Salt Lake City Eagle Riders rentals that is conveniently close to the airport and within a short time were loaded up and pointed south.

We had two goals: no Interstates and no hurry. To achieve the goal number-one we took the first canyon to cut through the Wasatch Mountains in order to get to the east benches in search of the wonderful two-lane highways that criss-cross central and southern Utah. The second goal was easy because we were riding VTwin Street Glides and one Electra Glide. And with some of the passes at more than 8000 and 9000 feet elevation, the bikes were not making optimal power. Though the rental bikes were in pretty good shape overall, it was near the end of their rental cycle, and they had spent the last several summers being whipped like rented mules. So riding at a relaxed sight-seeing pace was not difficult to do.

But we would find reason to pick up the pace as the skies darkened, and the late season rains cooled off our afternoon. Our destination that first day was Torrey, UT, the location of the famed Lodge at Red River Ranch. The Lodge is modeled after the Great Lodges of Yellowstone, and Glacier National Parks, though on a much smaller and more intimate scale. We made it to The Lodge just in time to dry off and warm up before dinner in Torrey. We rode the two miles into town to get to Cafe Diablo which is open from April through October. It's a great place with adventurous foods such as Rattlesnake Cakes made from free-range desert rattlers. That's right, real rattlesnake. It is served with a frisky ancho-rosemary aioli sauce for added spice.

The Lodge would be our base for a couple of days because of its central location, just at the west entrance of Capitol Reef National Park, and in the northwest corner of the Grand Escalante staircase. We could take day rides from there in just about any direction and find great vistas, great food and some of the best motorcycle roads in the country.

For the next couple of days we rode out of the Red River Lodge, cruising through Capitol Reef National Park, and dodging rain and even snowstorms at the higher elevations when crossing into the small town of Boulder where there is little more than a great motel, The Boulder Mountain Lodge and a world-class restaurant called Hell's Backbone Grill. Reservations are recommended if you want to spend the night or just have dinner.

Our weekend ride ended with a spectacular cruise north under brilliant blue skies (though a bit cold). The Baggers were the perfect sightseeing platforms as we left the red rocks behind for the higher mountains to the north. Some passes had light snow on the road which slowed our pace, so we made it back to the Eagle Rider location just before they closed up for the night.

When you're on a tight time budget, like we were, you might want to consider renting bikes near where you want to ride. For us it was a great solution. If you're based out of LA and heading into Nevada or Utah, then you will discover that this is a much better way to escape the city. An hour and a half by plane and you're in a whole new world with a different perspective. The riding is better too.