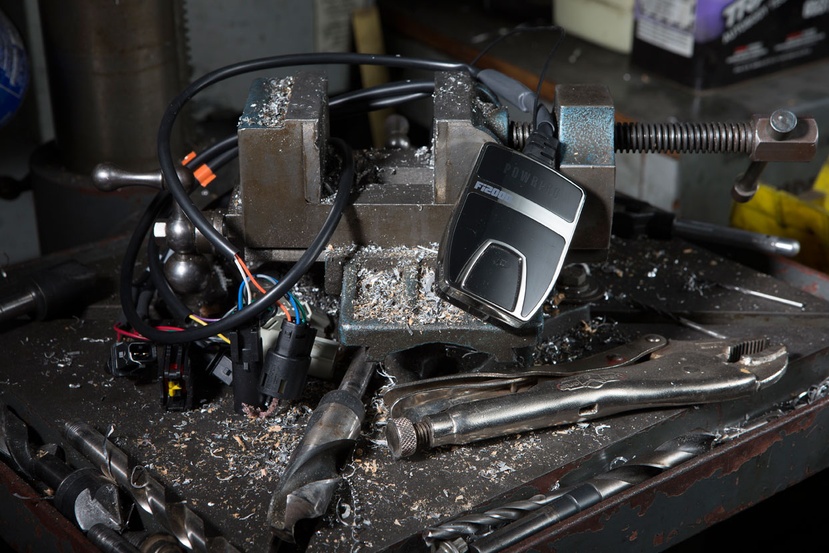 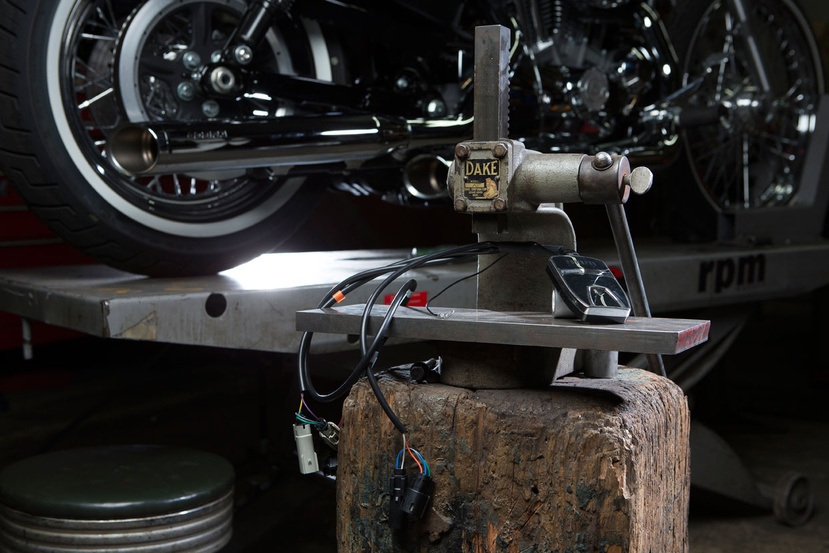 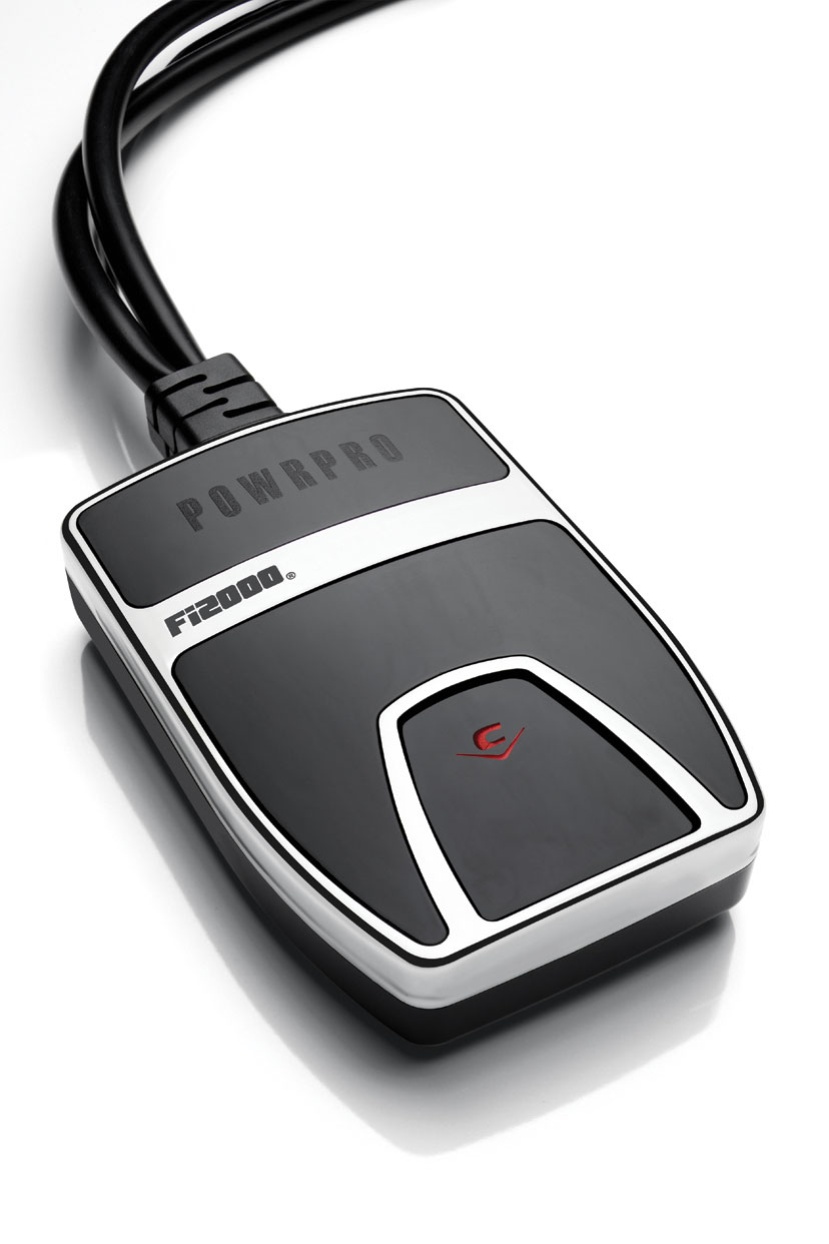 When electronic fuel injection (EFI) first appeared on motorcycles, most riders embraced this technological advancement. However, they soon realized that this new technology brought up some new questions: How can these things be tuned? What if we want to switch air intakes or pipes or cams? Modifications change the amount of air entering the engine, which in turn changes the fuel mixture. And stock EFI systems can’t adapt to modifications.

Then came racing EFI systems that could be reprogrammed from a special hand-held box or laptop. That was a ray of hope—at least for people who had the right skills. Some motorcycle manufacturers, as well as other companies, began to offer specific modifications—a particular exhaust pipe and a particular cam, for example—with an EFI box factory-reprogrammed for their effects. This was great if you wanted those particular modifications, but there was no way to reprogram boxes for every combination of aftermarket parts. In other words, there was no intelligent system that could adapt itself to whatever modifications were chosen.
NOT LEGAL FOR SALE OR USE IN CALIFORNIA ON ANY POLLUTION CONTROLLED MOTOR VEHICLE. THE SALE, USE, OR INSTALLATION OF THIS PRODUCT MAY ALSO BE ILLEGAL NATIONWIDE UNDER THE FEDERAL CLEAN AIR ACT (42 U.S.C.§ 7522(A)(3)). The next step was the creation of add-on tuning systems, which adjust mixture by manipulating existing sensors into reporting nonexistent changes in air temperature or pressure. By adding or subtracting from the value reported by the EFI’s air temperature sensor, the stock EFI computer leans out or enriches the fuel mixture.

Imagine you have just installed an aftermarket exhaust system. Because it increases engine airflow, it makes the mixture leaner, so your engine makes less power and may even stutter. These add on systems adjust this information about where and by how much the pipe makes the engine run lean or rich. These systems gather this information from an oxygen sensor in the exhaust in combination with a few dyno runs that reveal power output. Then, it applies sensor corrections that cause the stock system to supply the altered fuel-mixture curve the modified engine needs to again deliver improved performance. This was a big step but one still heavy into hardware: What if the nearest dyno is 200 miles away? What if my bike’s EFI system doesn’t have an oxygen sensor? A truly intelligent system should be able to gather and analyze the information it needs as you ride with no extra equipment, no extra hassles. This was the goal of the PowrPro Fi2000 with CVT—Continuously Variable Tuning. You already own a highly accurate dyno—your engine’s crankshaft. We think of crankshafts as turning smoothly, but in fact when a cylinder fires, it accelerates the crankshaft slightly. Every engine has some kind of torsional shock absorber between crank and gearbox, which is there to accommodate this slight variation in crank speed. With the application of modern high-speed electronics, we can access this information and time the rotation of the crank from one firing to the next, and analyze whether the next firing is slightly stronger or weaker than the previous one.

Now comes the clever part: using the measurement of how hard a cylinder accelerates the crankshaft as a way to correct fuel mixture. If the mixture is a bit lean and our system adjusts it to be a bit richer at the next firing, more power will be produced and the piston will give the crank a slightly stronger kick. We can use this as a tool to move from whatever fuel mixture the engine is actually receiving, toward a more efficient mixture.

The next step is a way to time the rotations of the crank, so crank speed at one firing can be compared with crank speed at the next firing. Fortunately, bike manufacturers give us this info for free—as the time from the beginning of one fuel-injection squirt to the beginning of the next one, 720 crank degrees later. Yes, the engine’s other cylinder may be slowing the crank by being on its compression stroke, but all we need is comparative information. We also need to experiment with fuel mixture, just as race tuners or EFI programmers do. If we make the mixture a little leaner and the next crank cycle takes a little bit longer than before, we know we’re going the wrong way.

This is just like what old time race tuners did by changing carburetor jets and then looking at the bike’s quarter mile ET or lap time. However, in the case of the Fi2000 PowrPro, this process now occurs 80 times per second—it’s literally Continuously Variable Tuning. The Fi2000 PowrPro conducts its fuel-mixture tuning by varying the mixture slightly. If the crank moves a tiny bit faster when the mixture leans out slightly, the PowrPro knows that’s the right direction and the system leans the mixture again—or vice-versa. With a big twin cylinder engine turning 5000 rpm, one cylinder is giving us 42 of these opportunities to tune fuel mixture every second.

The result is that the Fi2000 PowrPro continuously and quickly drives fuel mixture to the value that gives best power. This process allows the system to adapt to any engine modifications you make. It’s like going to the drag strip with a stopwatch and boxes of carburetor jets more than 80 times every second. When this system was still in its initial planning stages, one option under consideration was to use this data to create a new conventional fuel map similar to the one programmed into the engine’s stock EFI, and then to periodically update it. That turned out to be unnecessary because Continuously Variable Tuning does the same job without the expense and complication of storing, updating and retrieving data to or from a fuel map.

CVT is a continuous mixture-correcting process, not a fixed set of values “in a can,” like that of the stock EFI system or older EFI tuning systems. Instead, CVT operates continuously, detecting throttle movement that indicates significant acceleration, and there is a threshold below which it switches to one of two other modes. If the bike has an exhaust oxygen sensor, this data typically controls the mixture in steady cruise or during slow roll-ons, and the PowrPro system adjusts this to 14.2-to-1 air/fuel ratio, giving maximum-power operation. If the bike has no oxygen sensor, the system observes the range of variation of mixture over several cycles and sets the mixture to the rich end of that variation.

Given the intelligence and speed of modern electronics, it seems that engines should be self-tuning, they should be able to adapt automatically to modifications and compensate for engine changes that result from component wear. This is what the Fi2000 PowrPro with CVT delivers—today.