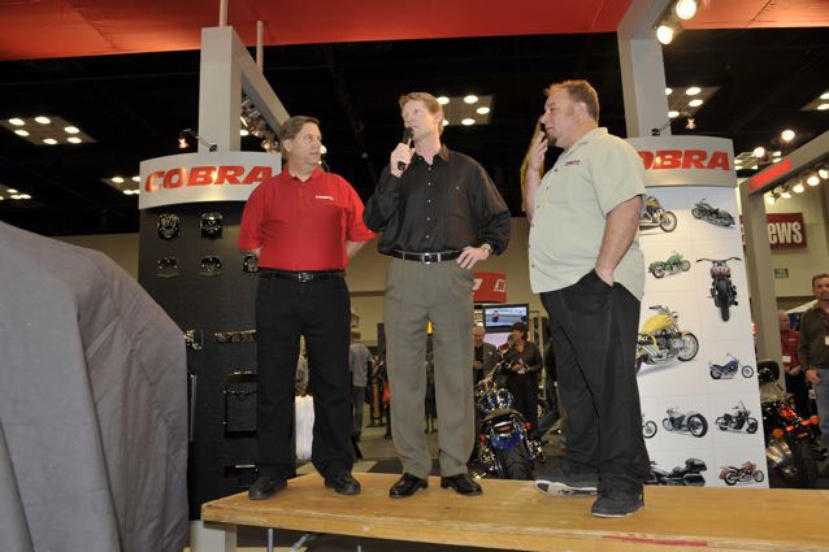 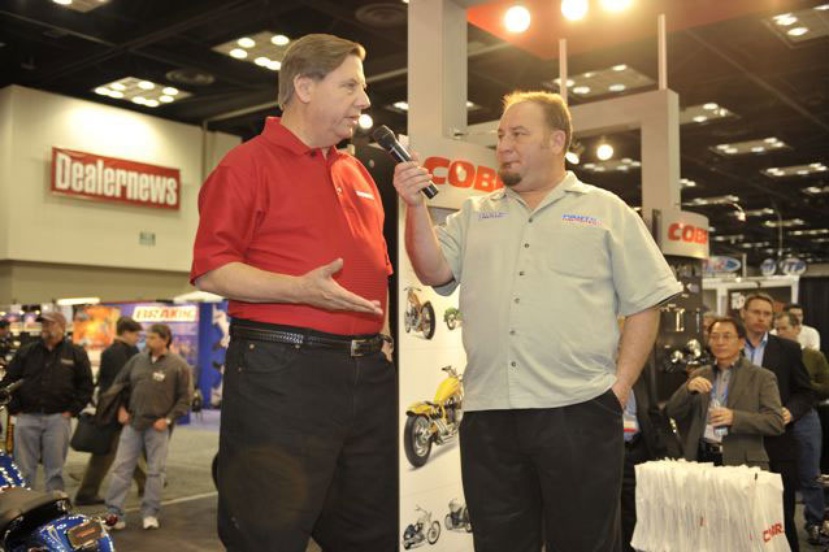 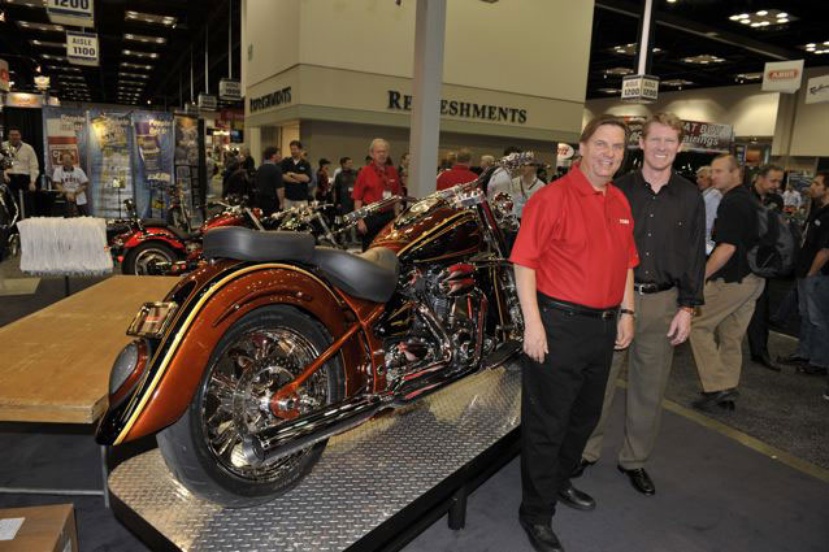 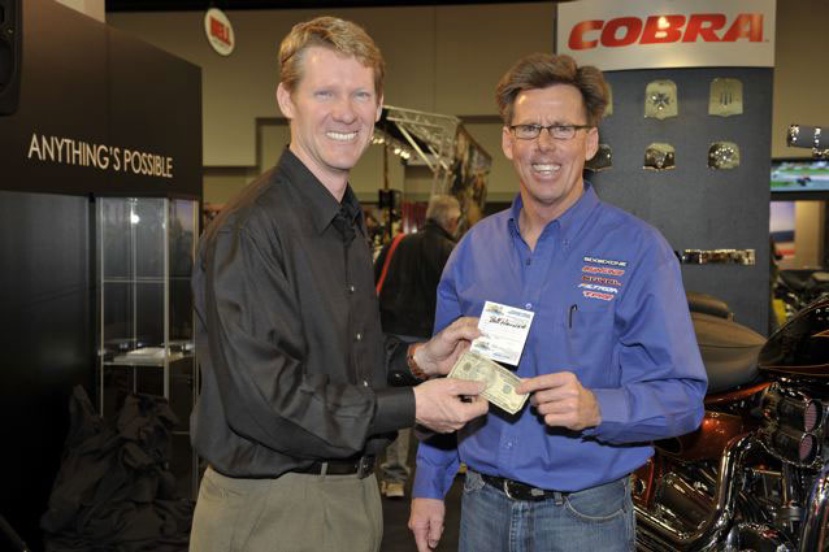 Cobra's latest custom bike built by our own Denny Berg is more than just a masterfully designed, built and painted motorcycle. It's a symbol of hope, compassion and courage.

At the annual Dealer Trade Show held each February in Indianapolis, Indiana we unveiled a new custom motorcycle. This one was built in conjunction with former National MX Champion Broc Glover. The bike will be used to raise funds for Cystic Fibrosis a deadly disease that afflicts Broc's son Dayne. You can see all the great photos of the bike here in the Cobra Special Projects Division section of our web site.

We unveiled the fully customized Roadstar 1700 bike at the opening of the show and several hundred people were on hand as Broc spoke about the disease and his son. Cobra's Ken Boyko talked about our involvement in the project and about the bike itself.

Though it started as a 2008 Star Roadstar 1700, the Cobra custom had its beginnings in 2007 when Glover, an American Motorcycle Association Hall-of-Fame motocross champion, learned his then 6-year-old son, Dayne, was diagnosed with the cruel and life-shortening disease, Cystic Fibrosis. In 2008 Glover began raising funds and awareness about the disease from within the motorcycle community with a ride and a motorcycle raffle. This year he's back at it and with the help of Cobra, he's using this Roadstar as a key element in the fundraising plans with what is called a Grand Prize Opportunity. Tickets are $10.00 a chance.

You can visit Breathe Easy Ride to enter and to learn more about the unbelievable Breathe Easy ride set for March 29, in Temecula, California. That ride will have a record number of motorcycling racing and industry legends such as Roger Decoster, Eddie Lawson, Jeremy McGrath and countless others showing their support for this cause.

The winning ticket will be drawn on July 4, 2009 at the MotoGP event at Laguna Seca.